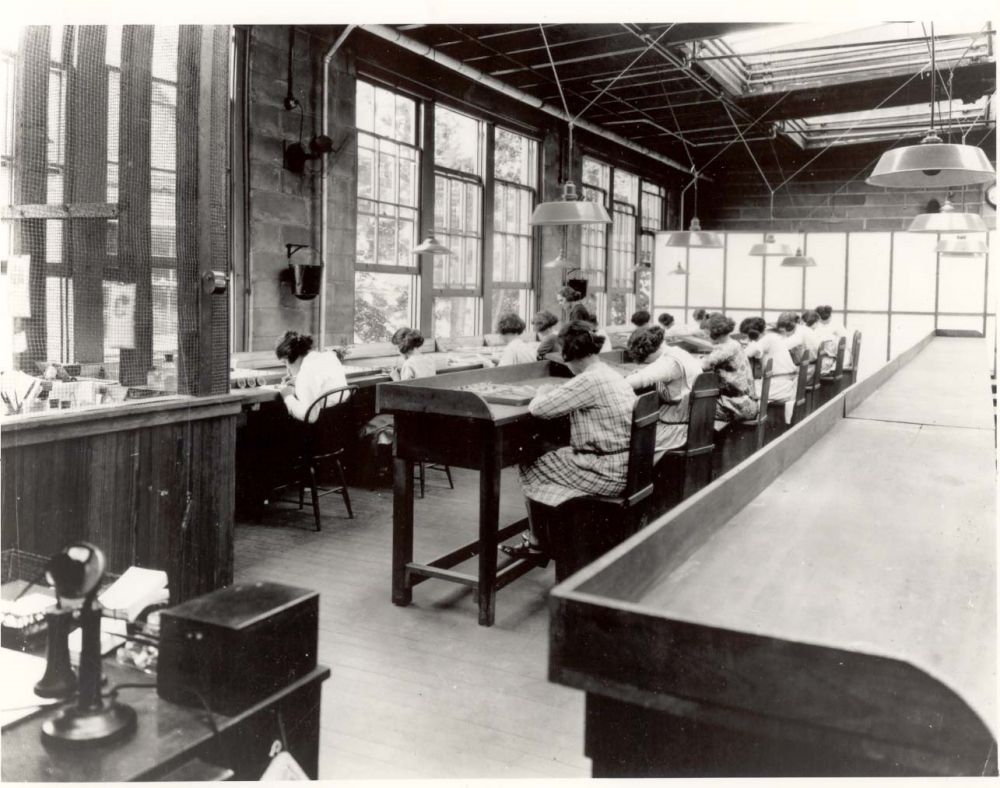 Over the years, the team at Eckert & Ziegler Environmental Services (EZE) have safely removed and disposed of hundreds of Radium artefacts including clocks, watches and other dials. Sadly these have also included original models of the Rolex Submariner, many of which were originally military issue.

Why? Well, as the name suggests, Radium watches contain Radium 226 which is a radioactive substance. We’ll get on to exactly how dangerous Radium clocks and watches are in a minute. But first… a bit of background.

As WWI was just beginning, a group of women, working at factories in New Jersey, Illinois and Connecticut, were given the task of painting watch dials with Radium paint. The attraction of this paint was that it was self-luminous – it glowed in the dark. The Radium Girls, as they were afterwards termed, were not informed of the dangers associated with the Radium paint.

Each of the painters used a camel hair brush to apply the glowing paint onto dials. Because the brushes would lose their shape after a few strokes, the women were instructed to “point” their brushes on their lips (“lip, dip, paint”), in order to give them a fine tip. Being unaware of the true nature of Radium, some of the Radium Girls also painted their nails, teeth and faces with the Radium paint.

As a result, the factory workers ingested deadly amounts of Radium – with many becoming sick with radiation poisoning. Dental pain, loose teeth, lesions and ulcers were the first signs, followed by anaemia, bone fractures, and necrosis of the jaw, a condition now known as Radium jaw. In 1923, the first dial painter died, and before her death, her jaw fell away from her skull. By 1924, 50 women who had worked at the US Radium Corporation plant in New Jersey were ill, and a dozen had died.

After a protracted legal process, the Radium Girls were awarded compensation, with the litigation establishing legal precedents and triggering the enactment of regulations governing labour safety standards. Sadly, this was too late for many of the women, an unknown number of whom died from radiation poisoning.

Are Radium clocks and watches dangerous?

The story of the Radium Girls is rather sobering. But does it follow that Radium clocks and watches are inherently dangerous?

The answer is, it depends. And to answer it properly, we have to go back to some basic radiation science…

Radium 226 has an incredibly long half-life of around 1600 years, meaning that its radioactivity will not reduce noticeable over a person’s lifetime. Radium 226 emits alpha, beta and gamma radiation:

Pulling all that together, an intact Radium clock or watch, with an unbroken glass front, will normally only represent a mild gamma risk. As a stand-alone item, a Radium clock or watch is normally relatively safe – assuming it’s undamaged and you don’t open or dismantle it. The alpha and beta radiation will both be negligible or completely stopped by the casing.

Is it safe to wear a Radium watch?

As we’ve noticed above, there is a small inherent risk from the gamma radiation the watch emits. But this will be less from the back of the watch – i.e. the surface closest to the body – as the Radium dial will normally be facing forward.

So there is a risk, but it’s a relatively small one. Whether you consider it safe to wear a Radium watch will be down to personal choice and the level of risk you are comfortable with taking.

Things to watch out for

Although intact Radium clocks and watches are generally relatively safe, there are a number of things to watch out for:

How do I know if my clock or watch contains Radium?

The easiest way to check whether your clock or watch contains Radium is to use a specific instrument such as a Geiger counter to try and identify if it is radioactive – or better still, ask a Radioactive Waste Management company like Eckert & Ziegler to do a radiological survey. Failing that, there are a number of things to look for:

How should I dispose of my Radium clock or watch?

As a private individual, legally you may be allowed to dispose of a Radium clock or watch in domestic rubbish. You should however note that this is in effect putting radioactivity into the environment, and as such is not something that we would advise you do. You should also check first with your disposal authority that this is permissible.

Another option is to gift the item to an authorised collector who is aware of the risks involved.

Commercial organisations (and indeed, anyone who is concerned about the impact of putting Radium back into the environment) should use a specialist radioactive waste disposal company such as Eckert & Ziegler to help you dispose of your Radium items. Read more about our services and obtain a quote.

When should I dispose of my Radium clock or watch?

In a word – when it’s no longer safe – i.e. if the device is broken or damaged.

For your own peace of mind, you may also choose to dispose of it regardless of its condition. Please get in touch for a Radium disposal quote.